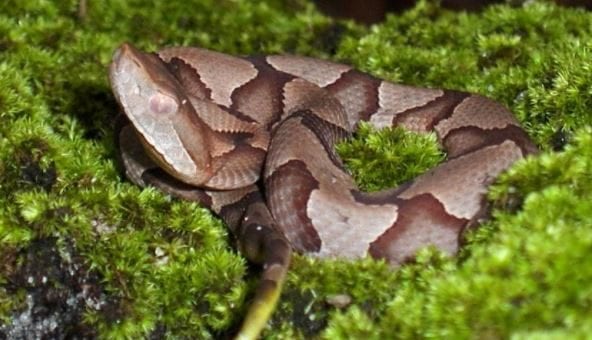 Baby copperhead fever hits the Triad every year around August. A lot of mythology has built up around these little snakes, and not all of it is accurate. Below you’ll find a Fact vs. Fiction that we hope you’ll find useful for understanding “baby copperhead season” better.

Claim 1: Baby copperheads can’t control their bites, so they end up excreting a lot more venom, which makes them more deadly than adult copperheads.

Verdict: False. This myth has been repeated forever and is not based on anything. That doesn’t mean their bites aren’t dangerous — just not more-so than adult copperheads.

Claim 2: Copperhead venom is deadly, and if you survive, you could have limbs amputated.

Verdict: Mostly false. Copperheads often “dry bite,” where they don’t excrete any venom. But even when they do inject venom, serious cases, like ones causing amputations and death, are extremely rare.

Claim 3: Brown snakes with darker brown banding are copperheads and should be avoided or killed.

Verdict: Depends. Some snakes that fit this description are copperheads, but many others, like corn snakes or water snakes, are not. Avoid killing snakes regardless. Dangerous snakes should be handled by experts and non-venomous snakes should be left alone.

Claim 4: Copperheads are everywhere in North Carolina, even populated places like Greensboro and Winston-Salem.

Verdict: True. Because rodents live among people to get their food scraps, copperheads live among us to get to the rodents. Copperheads are in all 100 counties of the state.

Claim 5: Baby copperheads may hide under anything you leave in your lawn.

Verdict: True. To stay hidden from predators, and people, copperheads like to find places out of sight. These could include children’s toys or adult’s lawn equipment, so keeping a clean yard may help keep snakes away.

Claim 6: Copperheads and water moccasins are the same thing.

Verdict: False. North Carolina has two kinds of moccasins (a category of pit viper). One is the copperhead, also called the highland moccasin, and the other is the cottonmouth, also called the water moccasin. They are close relatives, but are not the same.

While it can be difficult to identify which variety of baby snake you have slithering on your property, it is not hard for animal experts.

Critter Control of the Triad is equipped to safely remove copperheads if they’ve made a home by your home. Also, be aware that copperheads’ diets are mostly rodents, so it is very likely a sign that you also have a rodent infestation if copperheads are present. We can also help with this while we’re there!

If you live in Greensboro, Winston-Salem, High Point, Burlington or the surrounding areas of Guilford, Forsyth and Alamance counties, call us today at 336-370-0445 and we can get to work. 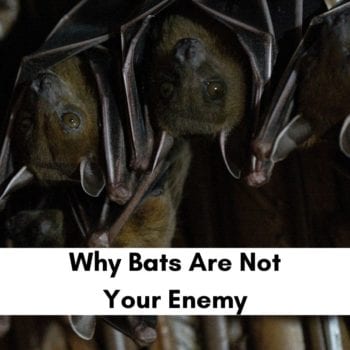