In the early 1980s, a Detroit chimney sweep named Kevin Clark got a call to remove a raccoon from a chimney. Apparently, the caller was unable to find a single animal control person to help remove the critter, so he was the closest thing. This gave Clark the signal that there was likely a largely untapped market he could serve.

Over the years, Kevin Clark and ‘Clark’s Critter Control’ kept growing, first from the Detroit area and then across the country. A few short years later they were franchising and opening a new office about once a month, quickly becoming America’s top animal control company. Now, renamed to simply Critter Control, this company is franchised here in the Triad of North Carolina and has over 30 years of experience in serving people’s emergency animal control needs.

The Piedmont Triad Critter Control franchise is professionally trained by the nation’s leading brand to provide top-notch service to the area’s residents. Whether you live in Greensboro, Winston-Salem, High Point, Burlington or anywhere in the greater Triad area, we are a quick phone call away. 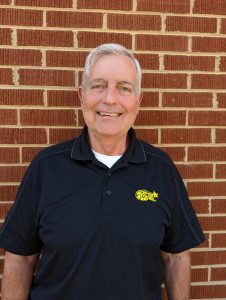 Originally from Tulsa, Oklahoma, Lance graduated from Oklahoma State University with a degree in accounting. He is a CPA, who worked as a CFO for various companies prior to purchasing Critter Control in 2012.  Lance lives in Raleigh and has 5 grown children and 2 grandkids.  He enjoys traveling and spending time boating and fishing on the NC coast. Originally from Chattanooga, Tennessee, Lynn graduated from the University of Tennessee, Knoxville with a degree in accounting.  She is a CPA, who worked as a Tax Director prior to joining Critter Control.  Lynn lives in Raleigh and has 5 grown children and 2 grandchildren.  Lynn enjoys gathering with family and friends, cooking, gardening, reading, traveling and spending time at the NC coast. Originally from Macon, Georgia, Joey graduated from Georgia State University with a degree in business management. He worked in management positions at several oil companies prior to purchasing Critter Control in 2017.  Joey and his wife live in Wake Forest.  They have 2 children – one in the Army and one in college.  He enjoys fishing and restoring his 1956 Farmall Cub tractor. Sean, a military brat and USMC veteran, has lived all over the world. He has been in the pest control industry for over 20 years and has concentrated on pest control management and wildlife remediation. His favorite things about working for Critter Control are his customers and co-workers. Outside of work, Sean likes to work around his home and focusing on his portrait and airbrushing work. Brian was born and raised in the Triad.  He grew up with a love for the outdoors, making Critter Control a perfect fit. He spends his free time with his two kids riding their horses and camping all over the NC mountains. 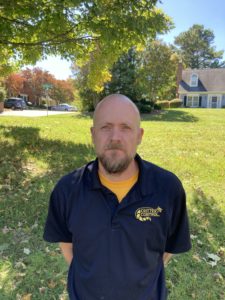 Born and raised in Greensboro, NC. 15+ years experience in residential construction and construction sales. Married for 9 years with 3 amazing kids, 2 in middle school and 1 in elementary school. Loves to spend free time camping, fishing  and off-roading. Thomas is originally from King, North Carolina. He has had several years in career positions directly relating to customer service before landing at Critter Control in 2020. Thomas resides in Boonville, North Carolina with his wife. They have 4 boys total, 2 in high school and twin toddlers. He enjoys coaching his local rec league football team, remodeling his and his wife’s 1940 farmhouse and is an avid saltwater aquarium owner.