Home What Types of Woodpeckers Live in the Triad?

One of the most fascinating birds we have in North Carolina is the woodpecker. They are often hard to miss with their red-tufts of hair and aggressive drilling into trees using their hard beaks. But our knowledge of these creatures probably ends with Woody Woodpecker cartoons, so let’s see if we can fill in a few of the gaps.

First, you should know that there are many dozens of species of woodpecker across the world, eight of which are present in North Carolina at least part of the year and some that live here year round. The below list will describe all eight, starting with the largest and going to the smallest.

Pileated woodpeckers: You may not think of woodpeckers as particularly frightening, but then again, you might never have seen a pileated woodpecker. They are 16 to 20 inches long, about the same size as a crow, and have a large red mohawk-like tuft of feathers coming from the top of their heads.

Pileateds can be destructive, too. They have been known to smash windows while attacking their own reflections in rear-view mirrors of cars, for example. They also empty out large cavities in dead trees, which they prefer for nests. Sometimes this can cause the trees to fall above that point. They can also poke holes in the wood of decks or roofs looking for insects, nuts and berries. (images below Creative Commons from Flickr users Jerry McFarland and Hoan Luong) 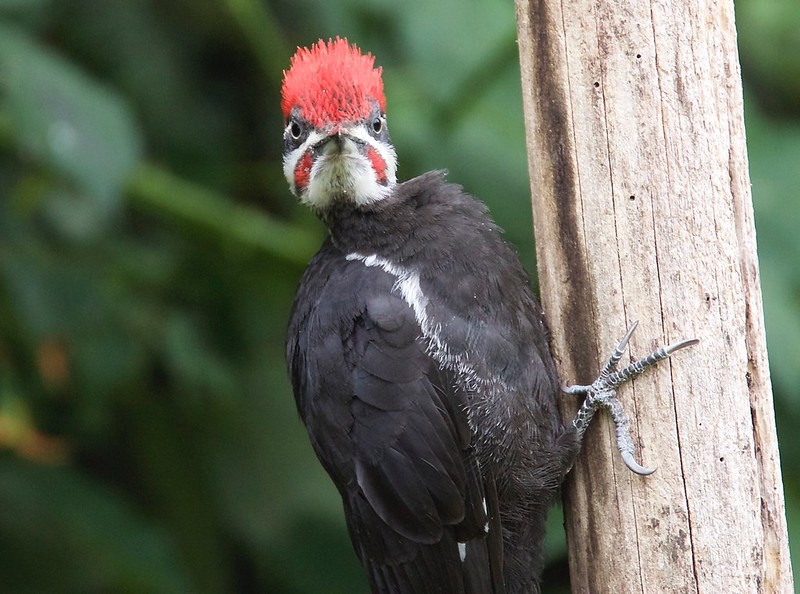 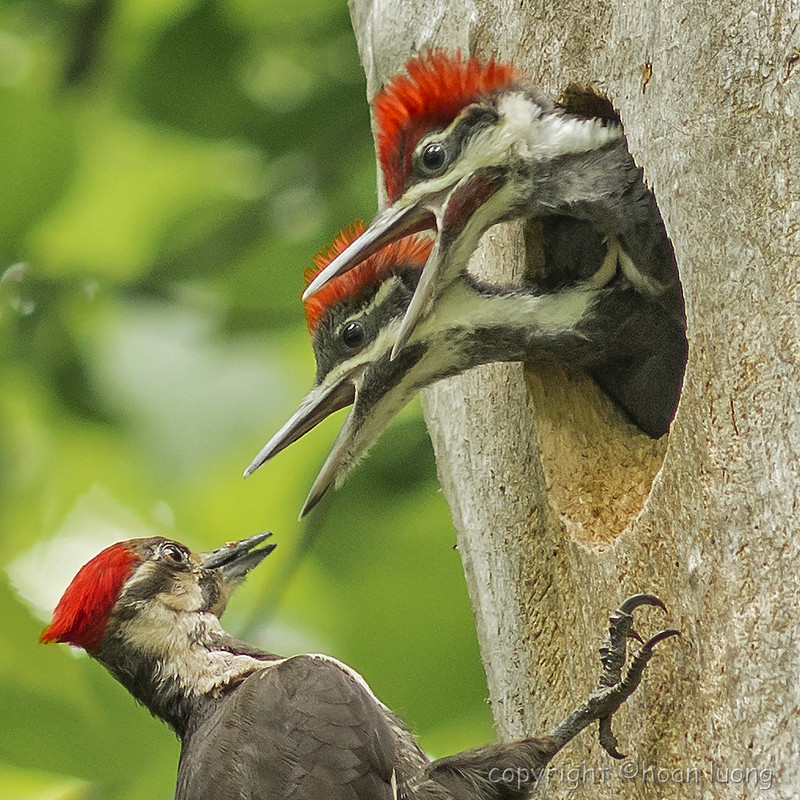 Northern Flicker: The next largest, coming in at about 1 foot long, is the Northern Flicker. These woodpeckers stand out from the rest because they don’t have the black and white (with a red accent) that the rest do. Their coloring is more varied, with a lot of brown, and they have spots rather than the bar patterns that the others have. Northern Flickers also stand out because they scavenge more on the ground than in the trees. They come to North Carolina mainly in the winter to breed, but a smaller population can be found year round. Their diet is similar to others, in that they eat insects, nuts and berries. (All remaining images are Creative Commons by Wikipedia)

Red-bellied: At about 9 inches, the red-bellied woodpecker is oddly named, because there is much more red on their head than their belly. In fact, it can be difficult to see the red on their belly. It’s more of a hint hidden among the white feathers of the belly. The red on their head looks covers the area of its head that hair would cover on a person, but not covering the face, which is mostly white.They stay in N.C. all year and, like most other woodpeckers, live in dead trees and eat insects, nuts and berries. 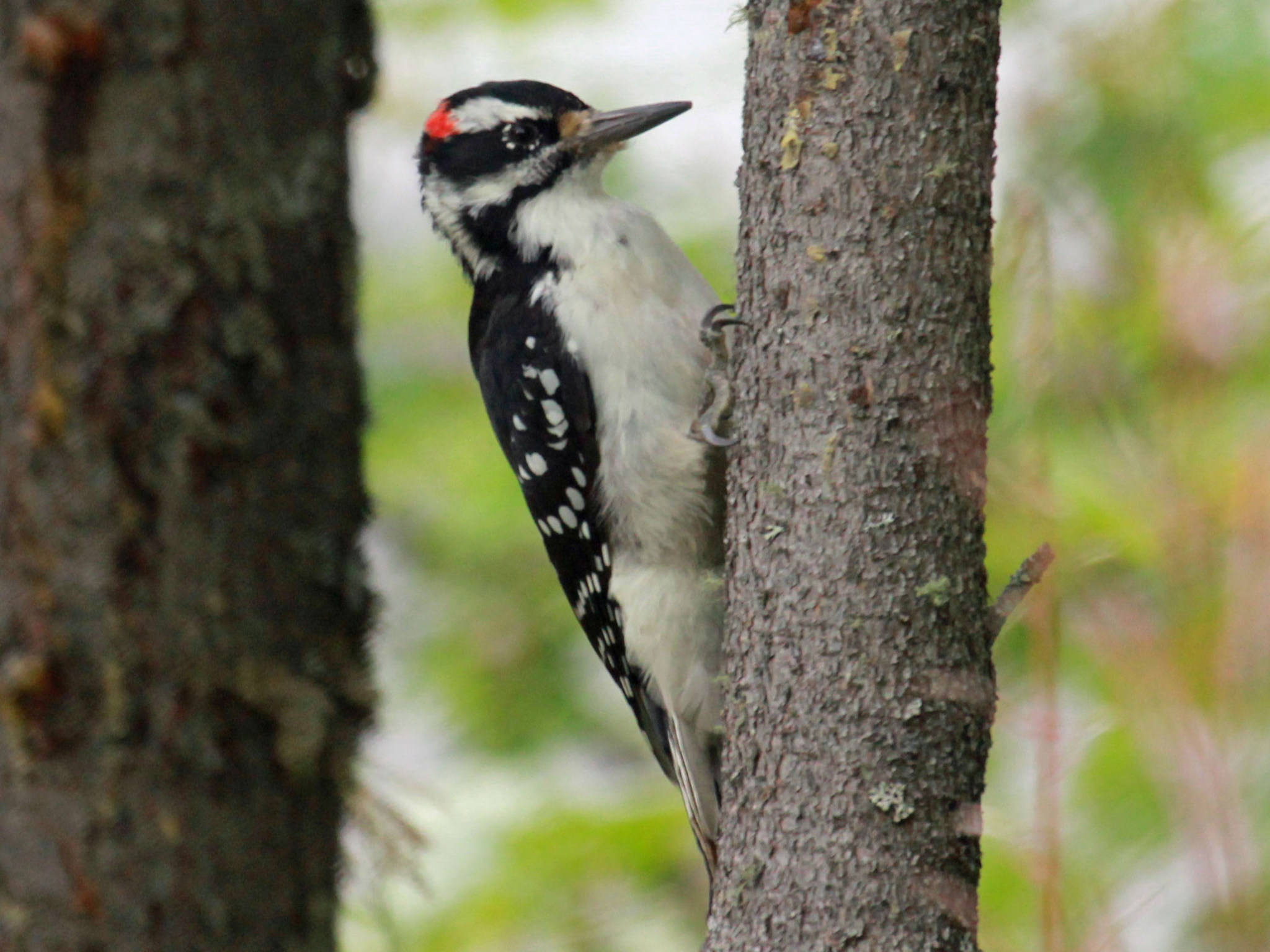 Red-headed: While most of these woodpeckers are “red-headed,” their faces tend to be white and black. But the red-headed woodpecker just has an entirely red head. Likewise, it’s black and white body doesn’t have bar patterns, but is just solid black on the wings and solid white on the stomach. They are about 8 inches long and have similar diet and behavior to the others.

Red-cockaded woodpecker: Another confusing name, the red-cockaded woodpecker is almost entirely black and white. The red is very subtle in a small area around the chin and only on the males. They are about 8 inches long as well and are now endangered. The small populations that can be found are in the eastern part of the state.

Yellow-bellied sapsucker: This name almost sounds like an insult, but it is simply the description of this woodpecker’s coloring and behavior. Another 8-inch-long species, the yellow-bellied sapsucker looks fairly similar to the other white-and-black-with-red-accents woodpeckers, but with the addition of some yellow throughout the belly. They also will drill their beaks into trees and drink the sap, unlike other woodpeckers. They still will eat insects, nuts and berries too.

Downy woodpeckers: These are very similar to hairy woodpeckers, but are 6 inches long and have shorter beaks. Otherwise, there is not much difference to note.

Most of these woodpecker varieties do not cause a lot of damage commonly. But they will, especially pileated woodpeckers, cause a lot of damage if they decide to attack a deck, roof, wood siding, windows or a favorite tree. Those in Greensboro, Winston-Salem, High Point, Burlington and the surrounding areas of Guilford, Forsyth and Alamance counties with harassing woodpeckers can call Critter Control of the Triad today at 336-370-0445 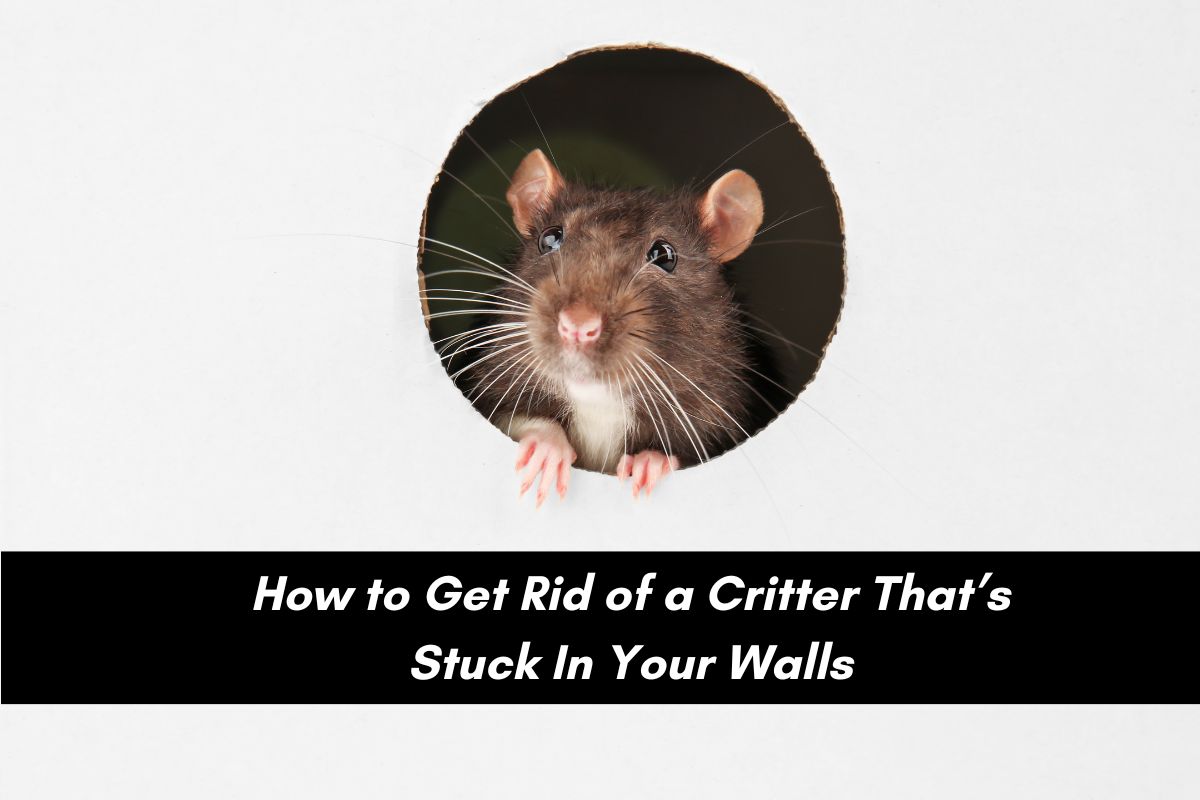